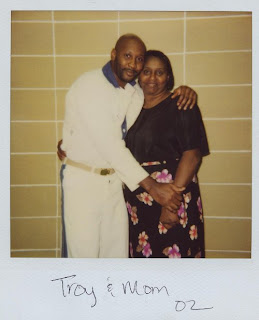 A federal appeals court late Thursday afternoon ruled against Troy Anthony Davis, whose claims of innocence have delayed his execution for killing a Savannah police officer in 1989. Judges Joel F. Dubina and Stanley Marcus
wrote that Davis failed to meet the proceduralrequirements for filing a second habeas petition in federal court. Davis has 30 days to appeal to the
U.S. Supreme Court. Judge Rosemary Barkett dissented, saying to execute Davis in the face of evidence that may prove his innocence is unconstitutional.
Posted by Hooman Hedayati at 5:02 PM

Thank you very much for following the roy Davis case. I've been interested in it too. Now it looks like we've got another countdown.

Somewhat off topic, did you know what we had here in Rome the other day?