The Campaign to End the Death Penalty, along with the family and supporters of Rodney Reed rejects the decision today to issue a death warrant for innocent Texas death row prisoner Rodney Reed for January 14, 2015.

We have long believed in Rodney’s innocence and, during a hearing today in Bastrop County, we once again heard of the multitude of evidence that could prove Rodney’s innocence if given a fair hearing either through a new trial or through the appeals process.

While important evidence is being tested and interpreted, and while other testing is being considered, it is both irresponsible and cruel for the state to seek an execution date and for the warrant to be issued by any judge. This amounts to torture for both Rodney and his family, who now have to live under the threat of an specific execution date, even as Rodney’s defense team and supporters fight to prove his innocence.

As Rodney Reed’s mother Sandra said about the decision to grant the death warrant, “We’re very disappointed…We were thinking everything was possibly gonna be positive about the hearing today, but it was a very disappointing outcome. But the thing is that we remain to stay strong and especially for him - Rodney is strong and the truth keeps us strong. It’s not over until it’s over.”

Despite the obscene injustice that took place in Bastrop today, Rodney’s family and supporters stand strong in our determination to fight to save the life of Rodney Reed.

Rodney’s defense will continue to work on getting all the DNA tested, as well as still working for appellate relief on issues around the misinterpretation of scientific evidence. There is a chance that the Supreme Court could hear the case - an announcement would likely be made in late October if that were to happen.

And Rodney’s family and supporters have vowed to keep up the fight outside the courthouse. We are planning a rally on July 24th at 11 am outside the Bastrop County Court House to call the State of Texas to account for it’s role in seeking the death warrant and to demand that all the DNA be tested in this case.

Now is the time to get involved in the struggle for justice and to save Rodney Reed! We have seen to many times how innocent people are caught up by an unjust system. People like Anthony Graves, released off death row after years of struggling to prove his innocence, like Cameron Todd Willingham, executed in Texas despite proof of his innocence revealed long before his execution took place.

Or people like Yusef Salaam, who was won his freedom decades after being wrongfully convicted of rape in the infamous Central Park Jogger case in New York. Today Yusef offered these words in support of Rodney, “My brother Rodney, like too many others, has been railroaded onto death row by the racist system of criminal injustice. Corruption and vengefulness has turned Rodney’s life – and that of his family into a living nightmare, one the thousands on death row know all too well – the innocent and guilty alike. We must shout Rodney’s name from the rooftops: we will not let the state of Texas take him from us! 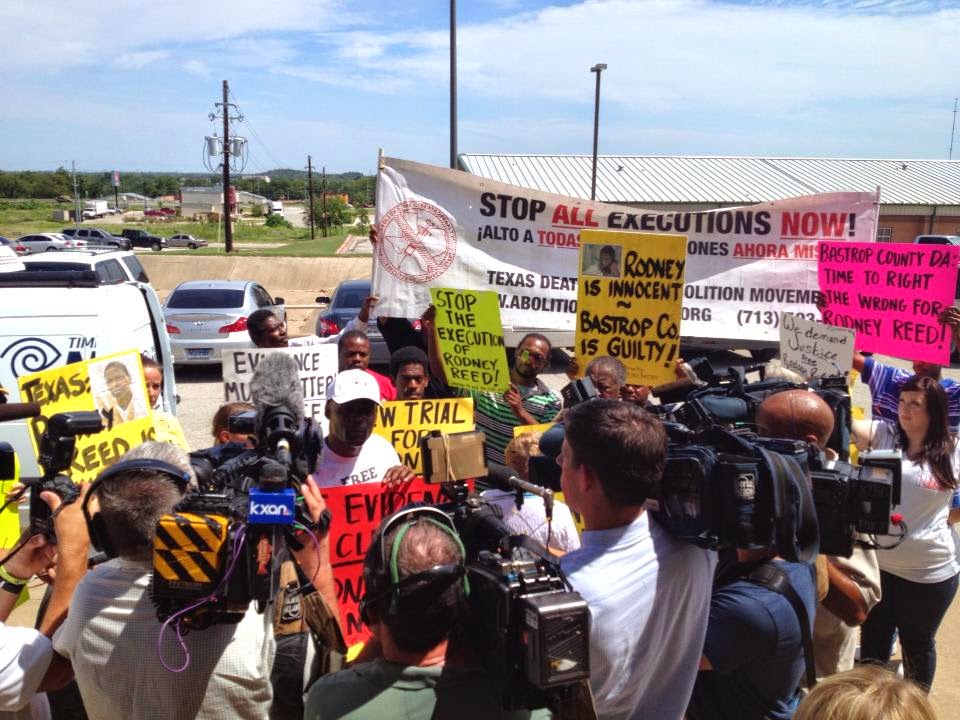