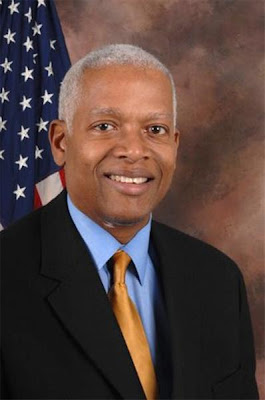 Under current law, an inmate on death row can be stranded with no procedural options to appeal a conviction, even if there is compelling new evidence that he or she is innocent.

(2) allow prisoners on death row to file successive federal habeas petitions if, and only if, they present newly discovered evidence that a panel of federal judges rules may be reasonably expected to demonstrate innocence.

If a federal court were to grant such a habeas corpus petition, the case would likely return to its original jurisdiction for retrial.

“We’ve got folks on death row with no opportunity to show compelling new evidence of innocence,” said Johnson, Chairman of the Court and Competition Policy Subcommittee. “The status quo is inhumane and unconstitutional.”

“The Effective Death Penalty Appeals Act would prevent the execution of possibly innocent people where there is new evidence of innocence,” said Constitution Subcommittee Chairman Nadler. “If the death penalty remains the law of the land, then, at the very least, our legal system must never ignore evidence that could exonerate the accused. Death is different from all other penalties; it is irreversible. Those on death row must have the opportunity to bring forward all of the available evidence.”

“Unfortunately, errors in death penalty cases are not discovered until after the defendant is already incarcerated,” said Judiciary Committee Chairman Conyers. “In some terrible cases, the system may well be allowing some innocent defendants to be executed.”

“We have learned in Georgia,” said Rep. Lewis, “from the injustice of cases like that of Troy Anthony Davis, where legal technicalities prohibit new, important evidence from being heard. The value of a human life overrides any inconvenience of law. We have a duty and an obligation to ensure that those who may be innocent have every opportunity to be heard.”

“When it comes to a human life, the courts must always be able to take a closer look at evidence that supports claims of innocence,” said Johnson. “We should never put someone to death if there are innumerable doubts or omissions.”

The Effective Death Penalty Appeals Act has been endorsed by Amnesty International and the NAACP.

Why this bill matters

Two cases – one present, one past – demonstrate the necessity of this legislation.

Today, Troy Anthony Davis sits on death row in Georgia. He was convicted of murder in 1991, but nine of eleven eyewitnesses have subsequently recanted their testimony. Because Davis has exhausted his appeals at the state level and federal law offers him no path to relief, he is unable to present the new evidence that might exonerate him.

The Supreme Court has relied upon its original jurisdiction to order the U.S. District Court for the Southern District of Georgia to grant Mr. Davis an evidentiary hearing. However, the law in its current form does not necessarily give the District Court authority to grant Mr. Davis’ habeas petition, even if they find that the new evidence supports his innocence claim.

In his opinion “In Re Troy Davis” (No. 09-1443; August 17, 2009), Supreme Court Justice Stevens wrote that the section of law to be amended by the Rep. Johnson’s bill is in its present form “arguably unconstitutional to the extent it bars relief for a death row inmate who has established his innocence.” Rep. Johnson’s bill would amend that section to allow a prisoner on death row to present newly discovered evidence of their innocence.

In 2004, Cameron Willingham was executed by the State of Texas for the murder of his children by arson. After Willingham’s conviction, a widely-respected forensics expert reviewed the case and concluded in a report that there was “no evidence of arson.” The report was sent to Governor Rick Perry and the Texas Board of Pardons and Paroles with Willingham's appeal for clemency. Willingham was executed anyway. Subsequent investigations have cast even more doubt upon the conviction. Newly discovered evidence never got the full hearing it deserved.

To amend title 28, United States Code, to clarify the availability of Federal
habeas corpus relief for a person who is sentenced to death though actually
innocent.

IN THE HOUSE OF REPRESENTATIVES
November 3, 2009

Mr. JOHNSON of Georgia (for himself, Mr. NADLER of New York, Mr. CONYERS, Mr.
SCOTT of Virginia, Mr. WEINER, Mr. LEWIS of Georgia, and Ms. JACKSON-LEE of
Texas) introduced the following bill; which was referred to the Committee on
the Judiciary

A BILL
To amend title 28, United States Code, to clarify the availability of Federal
habeas corpus relief for a person who is sentenced to death though actually
innocent.

Be it enacted by the Senate and House of Representatives of the United
States of America in Congress assembled,

SECTION 1. SHORT TITLE.
This Act may be cited as the `Effective Death Penalty Appeals Act'.

SEC. 2. CLARIFICATION OF THE AVAILABILITY OF FEDERAL HABEAS CORPUS RELIEF FOR
A PERSON WHO IS SENTENCED TO DEATH THOUGH ACTUALLY INNOCENT.
Section 2254(d) of title 28, United States Code, is amended--

(3) by adding at the end the following:

`(3) resulted in, or left in force, a sentence of death that was
imposed without consideration of newly discovered evidence which, in
combination with the evidence presented at trial, demonstrates that the
applicant is probably not guilty of the underlying offense.'.

(2) by adding at the end the following:

`(5) A claim that an applicant was sentenced to death without
consideration of newly discovered evidence which, in combination with the
evidence presented at trial, could reasonably be expected to demonstrate that
the applicant is probably not guilty of the underlying offense may be
presented in a second or successive habeas corpus application.'.

(3) by adding at the end the following:

`(3) a claim that an applicant was sentenced to death without
consideration of newly discovered evidence which, in combination with the
evidence presented at trial, could reasonably be expected to demonstrate that
the applicant is probably not guilty of the underlying offense.'.

Posted by Hooman Hedayati at 11:01 AM

Troy Davis: Both sides need to be told
Dudley Sharp, contact info below

Anyone interested in justice will demand a fair, thorough look at both sides of this or any case. Here is the side that the pro Troy Davis faction is, intentionally, not presenting.

" . . . the majority finds that 'most of the witnesses to the crime who have allegedly recanted have merely stated that they now do not feel able to identify the shooter.' "One of the affidavits 'might actually be read so as to confirm trial testimony that Davis was the shooter.' "

"After an exhaustive review of all available information regarding the Troy Davis case and after considering all possible reasons for granting clemency, the Board has determined that clemency is not warranted."

"The Board has now spent more than a year studying and considering this case. As a part of its proceedings, the Board gave Davisâ�� attorneys an opportunity to present every witness they desired to support their allegation that there is doubt as to Davisâ�� guilt. The Board heard each of these witnesses and questioned them closely. In addition, the Board has studied the voluminous trial transcript, the police investigation report and the initial statements of all witnesses. The Board has also had certain physical evidence retested and Davis interviewed."


(3) A detailed review of the extraordinary consideration that Davis was given for all of his claims,
by Chatham County District Attorney Spencer Lawton http://tinyurl.com/46c73l

Troy Davis' claims are undermined, revealing the dishonesty of the Davis advocates . Look, particularly, at pages 4-7, which show the reasoned, thoughtful and generous reviews of Davis' claims, as well a how despicable the one sided cynical pro Troy Davis effort is.


(4) Officer Mark Allen MacPhail: The family of murdered Officer MacPhail fully believes that Troy Davis murdered their loved one and that the evidence is supportive of that opinion. http://www.markallenmacphail.com/

Not simply an emotional and understandable plea for justice, but a detailed factual review of the case.