From the Denton Record-Chronicle:

Texas Gov. Rick Perry made a short stop in Denton Friday morning, during the “crush and rush” of campaigning leading up to the primary election on March 2, with early voting already under way.

Perry, a Republican seeking his third four-year term as governor, greeted more than 100 Denton County residents — most of whom were invited by Perry’s campaign through e-mail — at the Jupiter House coffee shop on the Square.

Perry said Denton County will be important for Republican candidates to win.

“Denton is a very dynamic community. … It’s a powerful GOP stronghold,” he said.

As Perry walked into Jupiter House, about a dozen protesters who were littered throughout the audience started clapping and yelling “Death row, hell no!”

The owners quickly and physically escorted the protesters out of the shop, but they continued to protest with banners on the sidewalk.

UNT student Laura Lamb, one of the organizers of the demonstration, said her fellow protesters attended the event to publicly disagree with Perry and his stance on capital punishment.

“We do not support state-sponsored murder,” Lamb said. 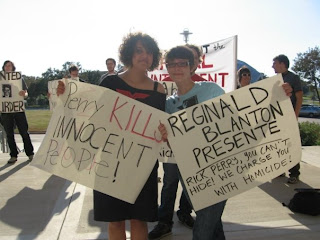 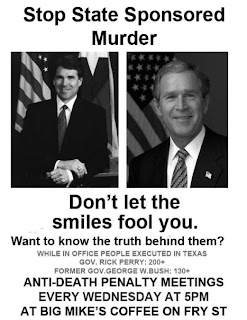 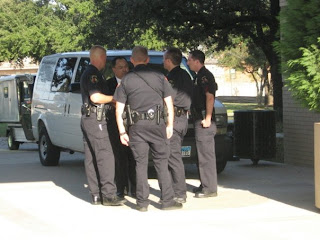 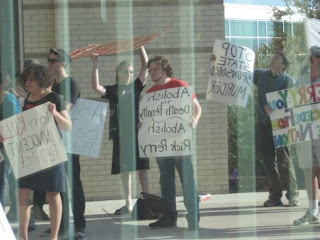 Posted by Hooman Hedayati at 10:54 AM