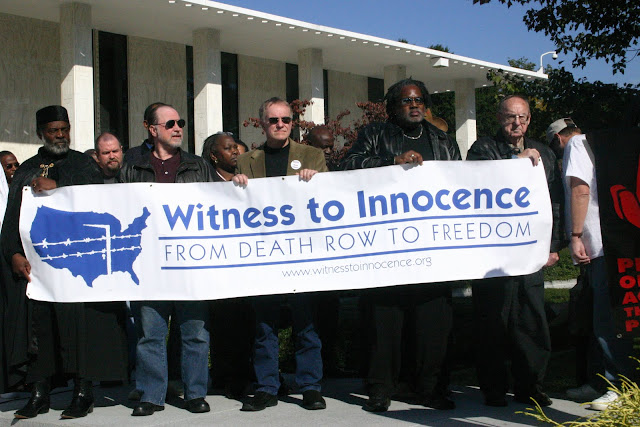 Exonerated Death Row survivors from seven states will be taking their powerful message against the death penalty across Texas from October 12th through 19th. They will also be rallying support for the 12th Annual March to Abolish the Death Penalty in Austin, TX on October 22.

Witness to Innocence is the nation’s only organization composed of, by and for exonerated death row survivors and their loved ones. Witness to Innocence members bring a human face to the death penalty, illuminating the unfairness and immorality of capital punishment.

March to Abolish the Death Penalty:
Each October since 2000, Texans and their supporters have gathered in Austin to oppose the death penalty. Once again, activists, family members of people on death row, community leaders, exonerated prisoners and all those calling for repeal of the Texas death penalty will come together. Join us! see marchforabolition.org for more information.

Posted by Hooman Hedayati at 12:39 PM