The following is Abe Bonowitz's report on the New Mexico abolition vote.

The NM Coalition to Repeal the Death Penalty's Lobby Day was Monday (Feb. 9) at the Roundhouse (NM's Capitol Building). More than 225 people from around the state came to Santa Fe for a press conference at noon, followed by visits with their Legislators. Those who had 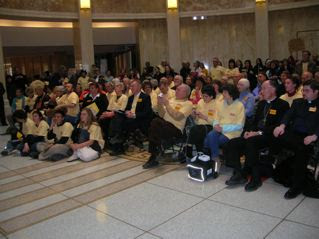 pre-registered received packets with individualized information on their legislators, while all others received help identifying their Legislators if they didn't know them. Death row exonerees and murder victim family members also met with selected legislators.
Everyone who came received a yellow NM repeal t-shirt and button and the halls were packed all day with our nice red logo and the word REPEAL. We heard from people who have worked in the Capitol for 20+ years who said this was the single biggest presence they had ever seen on any issue in one day. There were at least 4 times as 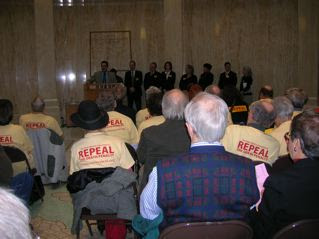 many people there this year than had ever been there for NM Repeal's lobby day in past years.

Murder Victims Families for Reconciliation (MVFR) released its new booklet, "Not in our Name - New Mexico" which was distributed to every legislator and which you may see for yourself at MVFR.org.

And Witness to Innocence was out in force with Executive Director Kurt Rosenberg, communications Director and exoneree Ray Krone, and also Juan Melendez and Randy Steidl.

There was some good media coverage, but most reporters are working on a larger story that will run once the bills pass out of the House and then the Senate Judiciary. Once we get to the Senate floor, its much more real. 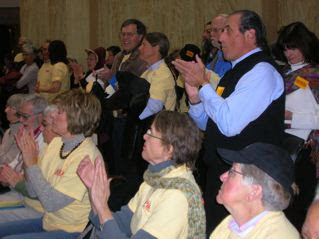 The press conference lineup was as follows: 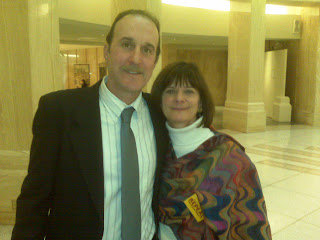 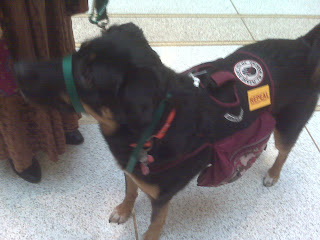 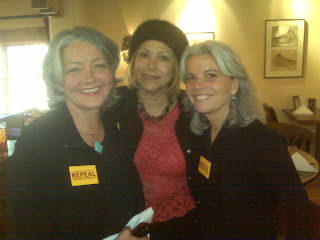 PHOTOS: After the 3 crowd shots, we have Ray Krone and Holly Beaumont of the New Mexico Council of Churches. Next is Alexandria (wearing a button!), an assistance dog belonging to Bree Songer, a member of MVFR whose brother Jeffrey Songer was murdered in 1983. Next are MVFR-NM members Michelle Geiger, Andrea Vigil, and Cathy Ansheles. And finally, Kurt, Kim and Viki evaluate the
day.... Photos by Jane Davis and Abe Bonowitz.

I took the following images with my phone on Friday, February 6 at the New Mexico State Capitol, which incidentally is a very cool building with a fabulous display of all kinds of art - everywhere! This was a meeting of the House Judiciary Committee, which ultimately passed the bill and sent it to the floor with an 8 to 5 vote. Monday is Lobby Day - visit the NM Repeal web site for details! 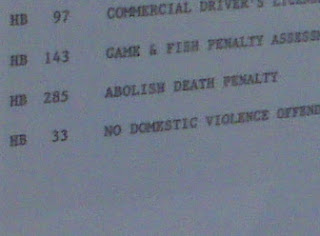 Following testimony of the bill sponsor Gail Chasey and murder victim family member Michelle Geiger, the chair asked for a show hands of those here in support of the bill. All but two DA's present raised their hands.... 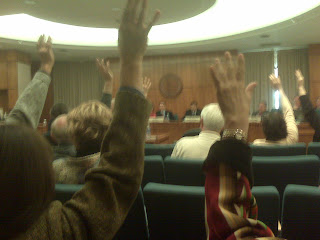 Head of the state League of Women Voters weighing in.... 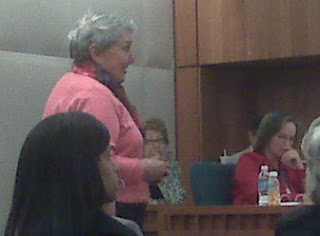 After extensive debate, the NM House Judiciary Committee just voted 8 to 5 to send the bill to abolish the death penalty to the house floor. Below photo is MVFR member Michelle Geiger immediately following the vote. 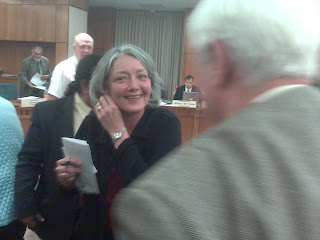 Posted by Hooman Hedayati at 9:12 PM