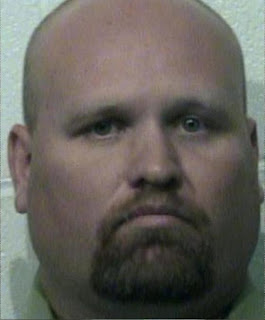 Rodney Reed's lawyers have cited new allegations of sexual misconduct against Jimmy Fennel in their latest appeal. Austin American Statesman has more details about the case.

Reed was convicted in the 1996 Bastrop County murder of Stacey Stites, who was Fennell's fiancée at the time. Reed has maintained his innocence, and his lawyers have suggested that Fennell committed the crime.

The appeal continues the bid by Reed's lawyers to reveal Fennell, who is serving 10 years in prison for kidnapping and improper sexual activity with a person in custody, as a sexual predator with a history of abusing women.

The Texas Court of Criminal Appeals has twice in recent months turned back bids by Reed for a new trial.

Filed Tuesday, the latest appeal includes fresh allegations from police reports, including that Fennell forced a woman he met during a traffic stop in July 2007 to have sex with him, that Fennell abused his wife and that he stalked a woman in Giddings in 1997.

"Jimmy Fennell has been a sexual predator for years," said Bryce Benjet, one of Reed's lawyers. "What we have been asking for is a chance for a jury to hear all of the facts in this case."

The appeal also includes a vague account of a woman who said she may have seen Reed and Stites together before the killing, potentially significant evidence given Reed's assertion that his DNA was found on Stites' body because the two had a secret relationship.

Benjet said he has not had time to investigate the woman's account.

Reed initially denied knowing Stites but then at trial said the two had been in a relationship. Fennell was a Giddings police officer at the time.

Reed's lawyers have included in previous appeals accusations that Fennell asked a female driver to provide him a lap dance after a 2004 traffic stop and of keeping a MySpace page with sexually explicit and violent images. A former girlfriend accused Fennell in a court affidavit of verbal abuse, racial bigotry and stalking.

The allegations included in Tuesday's appeal surfaced after police arrested Fennell in 2007 and accused him of forcing sex on a woman he met during a domestic disturbance call. When that arrest made the news, calls came in to Williamson County sheriff's investigators and Texas Rangers on the case, said Williamson County District Attorney John Bradley.

Bradley said that the accusations were considered at sentencing but that he did not seek an indictment because they were not the strongest and most serious cases against Fennell.

Because Fennell has been sentenced and his victim last month settled her lawsuit against the City of Georgetown for $100,000, Reed's lawyers recently obtained the entire police investigation of that case, Benjet said.

Among the allegations laid out in the report:

Wendy Smith Wallace told police that in 1996 or 1997, Fennell followed her in a police car while she was riding her bike in Giddings. He stopped when she got to her house, the report said.

• Keith Tubbs, who worked with Fennell's wife, Aida Fennell, sometime before 2004, told police that she once showed up with bruises on her face that she said came after Fennell threw a phone at her.

In March 2007, Fennell brought a woman he detained during a traffic stop to the Georgetown police station and made her strip, the woman told police. He later drove her to a secluded place and forced her to have sex with him in exchange for avoiding arrest, she told police.

In August 2007, Fennell told a woman parked outside a drug house that he found drugs in her car, she told authorities. He did not arrest her but told the woman that he would be at her house at 3 a.m. for what she interpreted as a sexual rendezvous, she said, but he never showed up, the report said.

"We had investigated them thoroughly, and I was prepared to aggressively refute them in trial, and the state knew that," Phillips said. "I think they had very little confidence in the reliability of these outcries."

Posted by Hooman Hedayati at 12:29 PM