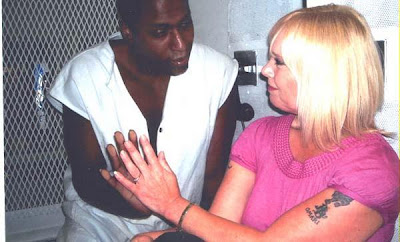 Texas plans to take the life of death row prisoner Reginald Blanton on October 27. Reginald's case is riddled with injustice. He was convicted of killing his best friend Carlos Garza over jewelry. The evidence against him is of two witnesses: his brother and his brother's then-pregnant girlfriend. Both have said they were threatened by the police with being charged with the crime. During his trial, African-Americans were excluded from the jury. There was no DNA, no fingerprints, and no murder weapon found. The only physical evidence, a shoe print on the door of Mr. Garza's apartment, failed to match to Reginald. In addition, there were glaring problems with his Appeals attorney at the state level. Join us in telling the state of Texas that Reginald Blanton deserves a new day and court and to STOP THE EXECUTION!