Infamous Court Case Exposes Racial Bias in Judicial System in Pre-Civil Rights Era
August 4, 2010-Houston-
Critically acclaimed author Alex Heard will discuss his new book, "The Eyes of Willie McGee: A Tragedy of Race, Sex, and Secrets in the Jim Crow South," on Tuesday, Sept. 14 at 7 p.m. at the University of Houston's Rockwell Pavilion in the M.D. Anderson Library.

"The case of Willie McGee is an enduring mystery, but there's no doubt he was the victim of a primitive and unfair judicial system. Alex Heard's excellent account of his life and death is tragic, sad, and very compelling," writes John Grisham, author of "The Innocent Man." 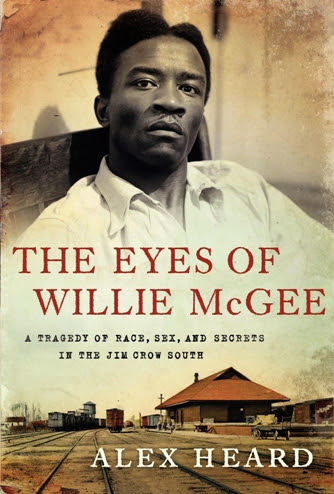 Willie McGee, a young black man from Laurel, Miss., was sentenced to death for allegedly raping Willette Hawkins, a white housewife, and publicly executed in Mississippi's infamous "traveling" electric chair in 1951.  Bella Abzug, a New York labor lawyer, was hired by the Civil Rights Congress - an aggressive arm of the Communist Party in the U.S. - to oversee McGee's defense. Together with William L. Patterson, the son of a slave and a devout believer in revolutionary action against racial oppression, Abzug and a group of white Mississippi lawyers risked their lives to plead McGee's case.


"At the time, Mississippi's death penalty for rape was applied only to black men, never to whites. McGee's conviction in 1945 raised a firestorm of protest (supporters included William Faulkner, Albert Einstein, Norman Mailer, and Josephine Baker), making McGee's case a cause célèbre," writes Connie Fletcher, an investigative journalism professor at Loyola University in Chicago, in a review of the book. "His research, consisting of interviews with family members and exhaustive probes into court transcripts, newspapers reports, and FBI records (to name a few sources), brings to light not just the shocking details surrounding this case but also the deep, lived inequities of the Jim Crow South."
Heard is the editorial director of Outside magazine. He has worked as an editor and writer at The New York Times Magazine, Wired, The Washington Post Magazine, The New Republic, Slate, and other publications.


The story of Willie McGee draws interest across multiple disciplines in relation to the powerful themes addressed, including social justice, the legal system, and the influence of this case on history and the lives of blacks and whites in the South during the mid-20th century. The UH Graduate College of Social Work, Law Center, department of history and the African American Studies Program are co-sponsoring the lecture, with thoughtful discussion to follow.

Posted by Hooman Hedayati at 2:55 PM