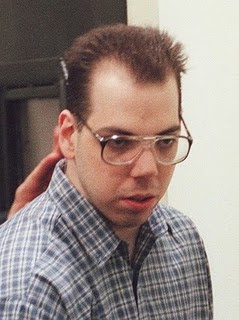 By Elizabeth Stein
Producer, Execution Watch
Texas is contemplating slashing vital services to its most vulnerable citizens to close a budget gap estimated at up to $27 billion, but it still plans to go through Tuesday with an execution that represents an expenditure of $2.3 million above what it would have cost to imprison Michael Wayne Hall for the rest of his life.
Execution Watch will provide live coverage and analysis of Hall's execution.
To put the Texas death penalty in economic perspective, no state came close in 2010 to Texas's 17 executions and the accompanying taxpayer surcharge of more than $40 million.
The show may be heard worldwide by going to executionwatch.org at 6 p.m. Central Time and clicking on "Listen," or by going to kpft.org and selecting HD3.
TEXAS PLANS TO EXECUTE:
MICHAEL WAYNE HALL, 31, sentenced to death in the 1998 kidnapping and fatal shooting of a woman in Arlington. Hall's attorney tried to save him from the gurney by asking a federal court to reconsider previous rulings that Hall is not retarded and to adopt new definitions of mental retardation. The U.S. Supreme Court has ruled unconstitutional the execution of the mentally retarded. Hall's co-defendant Robert Neville was executed in 2006. More background is at http://executionwatch.org > Backpage on Michael Wayne Hall.
SHOW LINEUP
Host: RAY HILL, an ex-convict who has lost a dozen friends to the death chamber. Ray’s civil rights activism has included shepherding several cases to the U.S. Supreme Court. He founded, and hosted for 30 years, KPFT’s Prison Show, http://www.theprisonshow.org .
Legal Analyst: JIM SKELTON. A native Texan, Jim is a retired attorney and popular legal educator. As an attorney, he has sat at the prosecutor's and the defense attorney's table in capital cases.
Featured Interview: RUSSELL G. MURPHY, Author of Voices of the Death Penalty Debate: A Citizens Guide to Capital Punishment, Prof. Murphy has taught for more than 30 years at Suffolk University Law School in Boston. His book seeks to illuminate many facets of capital punishment through testimony from hearings in 2004 and 2005 on whether the death penalty should be reinstated in New York State. The state decided against reinstatement. www.law.suffolk.edu
Reporter, Death House, Huntsville: GLORIA RUBAC, leader of the Texas Death Penalty Abolition Movement and long-time activist against the death penalty, http://abolitionmovement.org/ .
Reporter, Vigil: TBA.
NEXT SCHEDULED EXECTION
On, Feb. 22, Texas plans to execute TIMOTHY ADAMS. If that happens, Execution Watch will broadcast. Details: www.executionwatch.org
TECHNICAL DIRECTOR: Otis Maclay, omaclay @gmail.com.
THEME: “Death by Texas,” Victoria Panetti, http://www.myspace.com/shemonster
Posted by Hooman Hedayati at 10:34 PM

Why Texas? What is it about this particular State that seems to take great pride in the number of victims a crime can take. Families, Mother's and Father's. Any death is tragic, but many of these criminals have grown up in an ultra gun loving part of the country. They sure hate that cannabis but alcohol is expected to be used and enjoyed, the results Murder after murder. It also appears that Texas has no problem executing the mentally handicapped. Life is cheap in Texas!