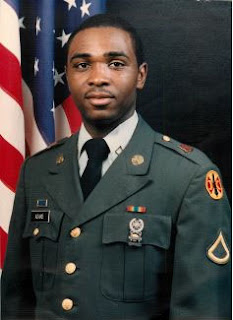 RADIO PROGRAM PREVIEW
EXECUTION WATCH
Feb. 22, 2011, Tuesday, 6-7 PM CT
Listen in Houston: KPFT 90.1 FM
LIsten worldwide: www.executionwatch.org > “Listen," or www.kpft.org > HD1
TEXAS PLANS TO EXECUTE:
TIMOTHY ADAMS, 42, condemned in the 2002 shooting death of his infant son in Houston following a standoff with police after his wife threatened to divorce him. A jury sentenced Adams to death after he entered a surprise guilty plea to capital murder as his trial was about to start. The Texas Board of Pardons and Paroles Friday rejected a clemency request from family members and three of the jurors who had voted for his execution. More background at http://executionwatch.org > Backpage on Timothy Adams.
SHOW LINEUP
Host: RAY HILL, an ex-convict who has lost a dozen friends to the death chamber. Ray’s civil rights activism has included shepherding several cases to the U.S. Supreme Court. He founded, and hosted for 30 years, KPFT’s Prison Show, http://www.theprisonshow.org .

Legal Analyst: JIM SKELTON, a legal educator and retired attorney, Jim is a native Texan who has seen capital trials from the prosecution table and the defense table.

Featured Interview: ANTHONY GRAVES. Declared innocent last year in the 1992 slayings of six members of a family in Burleson County, he is free following 18 years in prison, including 12 on Texas death row. Graves was denied an estimated $1.4 million in compensation recently by the Texas Comptrollers Office because the order freeing him did not include the word "innocent."
Reporter, Death House, Huntsville: GLORIA RUBAC, leader of the Texas Death Penalty Abolition Movement and long-time activist against the death penalty, http://abolitionmovement.org/ .