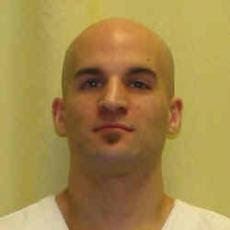 Earlier today, Ohio governor Ted Stickland made the decision to deny clemency to Jason Getsy. The governor's decision directly contradicts that which was made by the Ohio Parole Board on July 19, 2009.

Jason Getsy participated in a murder-for-hire scheme that killed Ann Serafino and left Charles Serafino, her son, critically injured. The mastermind of the plot received a life sentence but Getsy received a death sentence.

Governor Strickland stated that "the fact Mr. Santine was not sentenced to death is not, by itself, justification to commute Mr. Getsy's sentence." The Ohio Parole Board noted in its report recommending clemency that Getsy would not have been involved with the plot had it not been for Mr. Santine.

According to the blog page for sentencing law and policy expert Professor Douglas Berman of the Moritz College of Law at the Ohio State University, a report has been published noting the Ohio attorney general Richard Corday pushed for denial because the sentencing disparity was not a legally sound reason for mercy.

Kevin Werner, executive director of Ohioans to Stop Executions said, "today our thoughts are with the Serafino and Getsy families. We are disheartened by the obvious unfairness and disparity that the governor up-held." He also noted, "OTSE appreciates the hard work of the Ohio Parole Board and the seriousness they gave to Jason Getsy's clemency application. We particularly appreciate that the Parole Board examined all aspects of this case and didn't just look for a technicality to hang their hats on. The exact purpose of clemency is to correct mistakes and to show mercy. I think the Parole Board should be commended for recognizing the need for mercy. We are gravely disappointed with Governor Strickland's decision."