The Death Penalty is Dying 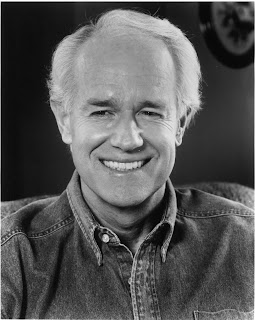 As president of the board of Death Penalty Focus, an abolition organization, I find myself discussing executions a lot.

Whether to kill a person who commits a violent crime is a thorny question for some, I know, so I don't mind talking about it. Thoughtful consideration of the subject is actually a pleasure. The problem is that it's not easy to have a rational discussion about something like state killing when support for it is largely the result of emotion, fear, ignorance and the cowardice of political leaders who know better.

It's frustrating to its advocates that the facts support abolition. Faced with a reality unfriendly to their position, many revert to anger or fear and fall back on a desire for revenge rather than justice. I cringe when I hear otherwise rational people say it's okay to execute an innocent person now and then if it's the price we pay for keeping the death penalty. "Besides," I've heard too many say, someone caught up in the system, even if innocent of this particular crime, "must have done something."

So conversations become debates, often harangues, and little information is exchanged. This is a shame because once they understand it, it's my experience that fair-minded people, even those who believe it's morally acceptable for the state to kill the perpetrator of a violent crime, are repelled by the reality of the system. The racism that permeates the process, for example, is shameful, but too many turn their eyes away, not wanting to know what the lop-sided numbers expose about the continuing effect of racial bias in our society. The same is true for what some describe as "classism," the fact that mostly the poor end up on death row. As the condemned put it, "Them that has the capital don't get the punishment." Think O.J.

The same folks who hold politicians in contempt for cheating and lying their way to positions of power seem to forget that prosecutors and judges are politicians too. Getting a conviction is sometimes so important to a career that ethical concerns, issues of fairness and even questions of law fade in the face of the need to "win," to be seen as "tough on crime."

It makes me sad, in a way, that what's rapidly bringing us to the tipping point on the question is how much killing costs. I'd much rather we recognized the harm this barbaric practice is doing and quit killing helpless, encaged people because we diminish ourselves by stooping to the level of the least among us at his or her worst moment. But if the reluctant awakening on the part of near-bankrupt states to the hundreds of millions of dollars they're wasting on an inefficient, unnecessary and redundant killing system is what moves us to finally do what most of the rest of the nations in the world have long since done, it's hard to complain.

And yes, counterintuitive as it may appear, it costs far, far less of our tax dollars to put a killer in prison for life without the possibility of parole and keep him there than it does to go through the Constitutionally-mandated steps necessary to try, convict and execute the presumed perpetrator. (I say presumed because of the discovery of people who have been executed only to later be found to have been innocent.)

It's all so terribly, sadly wrong, so incredibly destructive.

So I continue the discussions and do the debates, listen to the harangues and try to calm the fears in the hope that it will, in some small way, speed the day of abolition. And in so doing I will contend with those who want you to believe the perpetrators of violent crime are "animals," or "monsters," rather than sick, immiserated human beings no different, in essence, than the rest of us.

When I mention the 139 men and women who have been exonerated, freed from death row, and talk about the danger of executing the innocent, the refrain I often hear is, "Oh, they all say they're innocent!"

They don't, you know. Most of those I've spoken to on death row recognize their guilt and take responsibility for it. Most have changed dramatically in the years they've spent behind bars thinking about the horrible act that put them there. Most are capable of becoming productive citizens if given the chance. But in a society led by politicians who believe showing mercy and recognizing the capacity for change makes you "soft on crime" and thus vulnerable, there's little chance that will happen. And that's a crime.

As a case in point, let me introduce you to one man: David Lee Powell. His experience can teach you a lot. Take a minute to go to - http://www.letdavidlive.org - and think about it. Please.

Posted by Hooman Hedayati at 4:20 PM