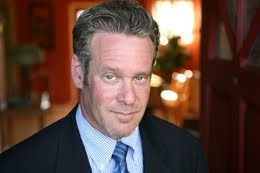 The Texas Tribune's Brandi Grissom has an audio interview with Brad Levenson, a deputy federal public defender in California, who will lead the first ever Texas Office of Capital Writs starting Sept. 1. His new job will require him to represent Texas death row inmates who claim their trials were botched and that they were wrongly convicted.

In one audio snippet, Levenson says he has a moral and ethical opposition to the death penalty and will work tirelessly to defend his clients on Texas death row.

Visit the Texas Tribune to hear the audio recordings.


Texas lawmakers created the office in 2009 after a series of investigative reports and studies of the criminal justice system revealed serious problems with the quality of legal representation for indigent defendants on death row. Some of the lawyers whom judges had appointed to represent capital defendants had no death row experience, some had mental illness, some had abandoned their death row clients, and some of the lawyers chosen by judges were dead.

So lawmakers created the Office of Capital Writs to provide better representation for people on death row who can't afford to pay their own lawyers to challenge their sentences. Levenson, who has extensive experience with post-conviction cases in California, has only tried one such case in Texas, which has the busiest death row in the nation. And even before he's opened his office, he must deal with a 5 percent budget cut. He'll have to hire about 10 staffers and work about a dozen cases a year with $991,000, down from what was supposed to be a $1 million budget. But Levenson said he's up for the challenge.

Levenson said Texas wasn't even on his radar screen until 2008, when his office was asked to represent Texas death row inmate Clinton Lee Young. He was convicted of murdering two Texas men in 2001, and a Midland jury sentenced him to death. But Young and his lawyers claim the prosecution withheld evidence at trial that could have helped him, and last year the Texas Court of Criminal Appeals sent his case back to the trial court. Working on that case — and traveling in the Lone Star State — piqued Levenson's interest.

Posted by Hooman Hedayati at 6:33 PM