Todd Willingham's Lawyer Walter Reaves on What to Expect at Friday's Meeting of the Forensic Science Commission: They will "avoid actually doing anything" 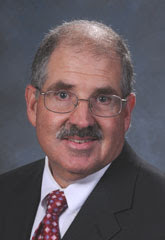 Todd Willingham's last lawyer, Walter Reaves, has written a blog post on what he expects at Friday's meeting of the Texas Forensic Science Commission in Houston:

I was going to talk about the ridiculousness about the recent memo from the Texas Forensic Science Commission.  Basically, the memo says they don't have jurisdiction to do anything. They concluded that they do not have "discretion or power to investigate any and every complainant alleging professional negligence or misconduct involving a forensic science." The complaint must involve a "discipline" recognized by the DPS and accredited by DPS. In practical terms, that means they can't investigate the Cameron Todd Willingham case. Yes, I know he promised that would not happen, but anyone who actually believed him deserves what they are getting.


I decided not to talk about that decision, because by now everyone knows what to expect from  the commission. Their goal - at least under the leadership of John Bradley - has been to scuttle the investigation into Willingham, and anything else that might hinder law enforcement.  He has successfully done what many lawyers attempt - avoid doing anything. This new memo goes a long way to ensuring that they will not get involved in anything meaningful.

What struck me about the memo is the power DPS has to both decide what is a forensic discipline, and who gets accredited. DPS is not without its own problems, but despite those problems they apparently have the all knowing ability to determine who should or should not be accredited. It reminds of a story a someone told me about an individual who couldn't  get certified as a fire investigator. He ended up establishing his own organization, and certified himself; that organization now certifies others.

DPS is an arm of law enforcement, and no matter how hard they try they cannot divorce themselves from their identity.  One of the main recommendations of the National Academy of Sciences was that crime labs be separated from law enforcement. If the crime lab should be separate, then surely the authority to accredit such labs should also be separate.

Another thing that struck me, was  the definition of what is a forensic discipline. If it's not a forensic discipline, then no accreditation is necessary. The legislature exempted certain things, and DPS is given authority to exempt others. There are at least two that stand out in the legislature's exemptions - latent fingerprint examination and breath tests. If those two areas don't involve forensic analysis, then what are they? Fingerprint examiners like to talk about how their "scientific" their process is. As for breath tests, the very tests are based on scientific principles. The reason for exempting them probably lies in the fear that they might not be able to overcome the strict scrutiny given to other forensic disciplines.

The commission meets next week, and no doubt will discuss this memo. My guess is that it will be repeat of the last meeting - they will spend all their time talking about what they can and cannot do, and avoid actually doing anything.

Below is the memo that Walter Reaves refers to in his blog post.