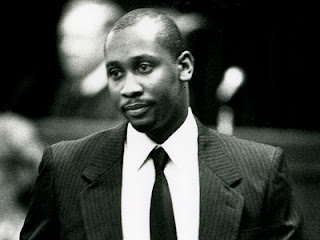 Georgia corrections officials have set a Sept. 21 date for the execution of Troy Anthony Davis, who wass convicted of the 1989 slaying of Savannah police officer Mark Allen MacPhail.  The human rights group Amnesty International renewed its call for clemency Wednesday for a man on Georgia's death row, citing continued doubts about his guilt.  Twenty-six members of Witness to Innocence, all exonerated death row survivors, have signed a letter (SEE below) calling on the Georgia State Board of Pardons & Paroles to stop the execution of Troy Davis.  The letter will be delivered to Georgia officials in the next few days.

Exoneree Letter for Troy Davis
Posted by Hooman Hedayati at 9:02 AM