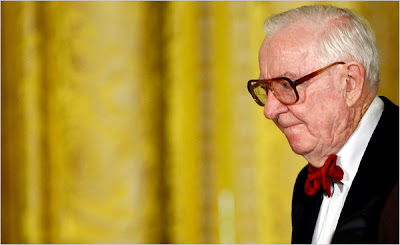 The Catholic News Service points out that retiring U.S. Supreme Court Justice John Paul Stevens is currently the court's strongest death penalty critic, but that was not always true. In 1976, he co-wrote the 7-2 majority decision that reinstated the death penalty and ruled it again constitutional after it had been ruled unconstitutional in 1972. He had not been a member of the Court in 1972. He later joined decisions banning the death penalty for juveniles and people with mental retardation.


On the death penalty, in 1976, months after he joined the court, Stevens co-wrote the main opinion that allowed the reinstatement of capital punishment. But in 2008 in an opinion that ultimately upheld Kentucky's method of lethal injection, Baze v. Rees, Stevens asked whether the time has come to reconsider "the justification for the death penalty itself."

He also wrote rulings or concurring opinions in cases that found the death penalty unconstitutional for juveniles and for people who are mentally retarded.

Stevens joined the court after the 1973 Roe v. Wade ruling that legalized abortion, but in subsequent cases he has consistently supported rulings to keep abortion legal and opposed efforts to regulate or limit the conditions for obtaining an abortion.

Posted by Hooman Hedayati at 10:11 AM