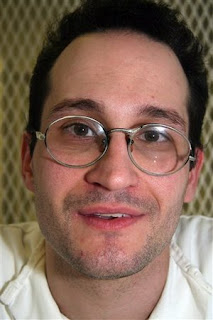 Texas executed its 453rd person since 1982 and the 214th person since Governor Rick Perry took office in 2000. The next Texas execution is April 27 when Samuel Bustamante is set to die.


A Texas inmate convicted of fatally shooting an El Paso high school senior after robbing and sexually assaulting her was executed Thursday evening in the nation's busiest death penalty state.

William Josef Berkley was condemned to death for the March 2000 slaying of 18-year-old Sophia Martinez, whose body was found in the desert outside El Paso after being robbed at a drive-through ATM. She had been shot in the head five times and there was evidence she'd been raped.

Berkley was the sixth Texas inmate to receive lethal injection this year. Ten other prisoners are set to die over the next three months.

In his final statement, Berkley thanked his girlfriend, a friend and his spiritual adviser, who were at the execution, for their love and support. But he did not mention Martinez or look at or speak to the victim's mother and two sisters, who were also in attendance.

“Warden, let her rip,” Berkley said after his brief statement.

As the drugs took effect, he gasped at least twice. Nine minutes later, at 6:18 p.m. CDT, he was pronounced dead.

Berkley, a self-described marijuana-smoking, baggy-jeans-wearing, “sarcastic smart ass,” denied involvement in the slaying during an interview with The Associated Press before his execution.

Martinez was robbed after pulling up to a drive-through ATM to withdraw $20 for spending on a Friday night.

A surveillance camera caught the robbery on tape and showed a man prosecutors said was Berkley forcing his way into Martinez's car. After being forced to withdraw $200 from the ATM, Martinez drove off with Berkley.

Two days later, Martinez's body was found in the desert about 10 miles away.

Berkley, who dropped out of high school in 10th grade, was born in Germany, where his father was posted with the U.S. Army. His family moved to El Paso when he was in the fourth grade.

Berkley said he had dual citizenship with Germany. The German government didn't step in to intervene in the case.

Scheduled next for the Texas death chamber is Samuel Bustamante, 40, facing execution Tuesday for the fatal stabbing of a 28-year-old man during a robbery in Fort Bend County.

To get more updates please become a fan of Students Against the Death Penalty at: http://www.facebook.com/stopexecutions

You can also become a fan of the Texas Moratorium Network.
Posted by Hooman Hedayati at 9:32 AM